The Angels Of Babel 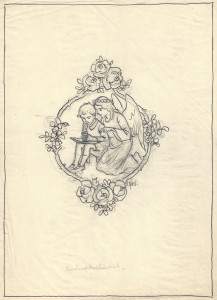 Right now the world needs more, possibly more than anything else, empathy – that most humanising of abilities to understand and share the feelings of others.

One of the most fantastic ways of developing empathy is reading: stories, or books, or poems. The very act of reading transports us out of our own world into another, and puts us in the shoes of different people; in which we walk, often for a great deal more than a mile. We experience, feel, and understand the situation of the characters as they make their way from the page, through our eyes, into our minds, then, hopefully, on into our hearts.

There is, though, a hard boundary between cultures and races that so often stops us from doing that – language. Over seven thousand languages are spoken in the world today, although, to be fair, over half the world do speak ‘only’ twenty-three of them.

Enter the Angels of Babel !

Translators, these angels, are the code breakers, the Rosetta Stone personified, the chameleons invisible like ghosts, but at the same time visible like ventriloquists (they certainly aren’t dummies). They unlock for us the treasure that is the message and meaning of these stories.

They, firstly, have to be good writers in their own right; loving and understanding their own language, its nuances and foibles, but most importantly its range, so that they can pick exactly the right word or phrase. Then, secondly, they have to understand and appreciate the other language, specifically as used by that author. Just imagine the difficulty of translating cultural and personal aspects such as metaphor, or humour, or slang. These are incredible skills.

The key, initial, element of developing cross-border empathy must surely be the author’s choice of, and interaction with, their own personal angel.  Their translator has to have the ability to pick up not only the true essence of that story, in its original context, but also the voice of the author themself, then authentically replicate them for the new, as yet distant, audience on the other side of that invisible border of language and culture.

Breaking down that border is so powerful. 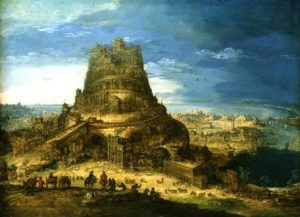 “Readers the world over consistently recalibrate their brains to react with landscapes of words and images that differ in every way from their personal experience. In that act of reaching out, don’t they also discover what they share with characters they might otherwise never meet?” says translator Sarah Ardizzone.

Yes, the work that is created is a new one, distinct from the original, but this opens the text up to an enormous variety of readers who would be otherwise unable to access it.

Congolese writer Alain Mabanckou, whose influences range from García Márquez to Gogol, is keen to emphasise that authors don’t only write for their own people. If Dostoyevsky wrote exclusively for Russians “I wouldn’t understand” he says. In fact, he felt transported to Russia, felt that it was his country. This is what a really good translation will achieve – perhaps even more effectively than the experience of reading the original which, even with an exceptional grasp of the language, may always feel exaggeratedly exotic.

Many of the most beloved books are translations, from “Shadow of the Wind” (Zafón from Spanish by Lucia Graves) to “The Little Prince” (Saint-Exupéry from French originally by Katherine Woods and now, most recently, Sarah Ardizzone) but we have a long way to go yet. In the UK and America less than three percent of what’s published in a year has been translated from another language compared to around thirty percent in Europe. 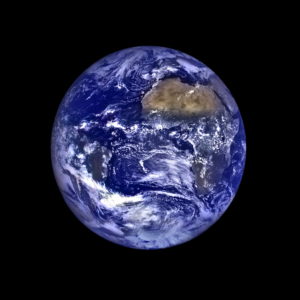 Jill Coleman of BookTrust said: “We know that reading changes lives. Books in translation allow children to reach beyond their own language and culture and to share ‘the international language of the imagination’. Now more than ever, our children need an international perspective.”

Sir Michael Morpurgo sums it up best: “This is a time when it is never more important for young people in this country to read stories of other peoples who have other cultures, other histories, other landscapes, other languages; to discover difference, and most importantly what it is that unites us all”.

That is exactly what the Angels of Babel enable.