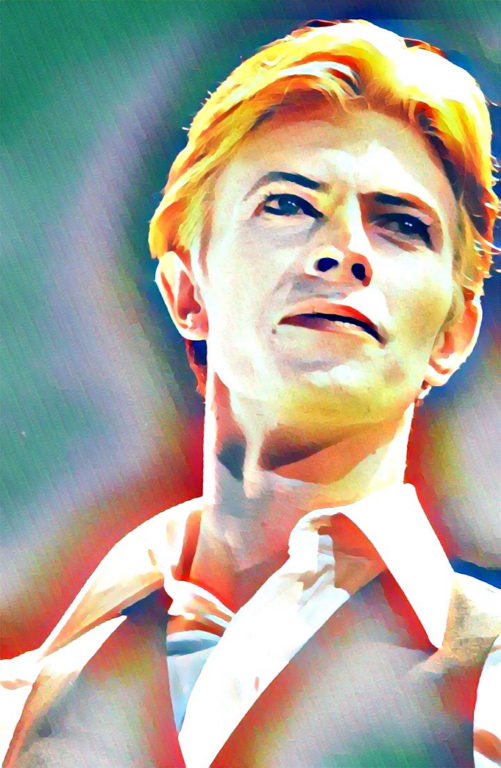 Two years ago, a few days after his 69th birthday, David Bowie died.

David Robert Jones was a highly innovative polymath best known for his extra-ordinary, and outstandingly successful, career in music, ranging across nearly fifty years and a plethora of incarnations, garnering sales of over 140 million records, making him one of the world’s best-selling music artists. He was also a consummate showman, not just in his music and videos, but also through a variety of roles as an actor – add to which he was a painter and artist. In life he was a style icon and inspiration.

Not least through continual reinvention, his influence broadened and extended, which resulted in him being voted, by other music stars, the “most influential artist of all time” in an NME poll.

Exploring ideas was a particular passion and he was, in his son Duncan Jones’ words “a beast of a reader”.

Bowie acquired a massive library of books and even travelled with trunks of them. For instance he apparently took 400 books with him to Mexico to the shoot of 1976 film ‘The Man Who Fell To Earth’.

Geoffrey Marsh, co-curator of the V&A’s ‘David Bowie Is’ exhibition, described Bowie as “a voracious reader” who consumed a book a day. Marsh said Bowie’s “magpie” approach to his art had always been influenced by books. “He’s fascinated with ideas and fascinated that there’s so much stuff out there that most people don’t get access to” … “He’s more interested in ideas – and what he’s really interested in is how he can rework those ideas. He is the ultimate postmodernist, sampling stuff even before postmodernism arrived”. 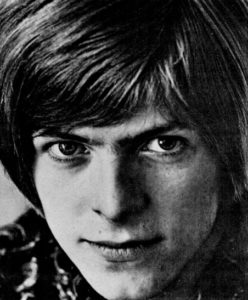 It was through reading that Bowie explored the world of ideas and it was a key element of his inspiration. To say his reading habits were eclectic is an understatement. In 2013 a list of Bowie’s 100 favourite titles was released which ranged From the Beano to Bulgakov, through Billy Liar to The Origin of Consciousness in the Breakdown of the Bicameral Mind.

Now, two years after his death, his son Duncan has started an initiative to bring people together in a book club whose objective is to read, and share, the entire 100 books on that list of David Bowie’s favourites. It is an astounding undertaking. 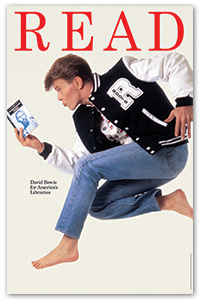 To quote Martin Chilton in the Daily Telegraph “Bowie was witty and knowing about his own acquisitiveness for books and first editions. He paid tribute to his parents for passing on a love of literature.” Once again testament to what parents can inspire by encouraging their children to read.

The great thing is that Bowie’s mass popularity offers a unique way to entice people, who would quite possibly not otherwise do so, to explore a multitude of diverse books and, hopefully make reading a habit for life.

Bowie himself was interested in inspiring others to read, and in 1987 became one of the first celebrities to feature in a poster for the American Libraries Association READ campaign.

Now the baton has been picked up by his own son.

Just imagine how much so many people will gain from this, or indeed what might be inspired by, this wonderful initiative ! 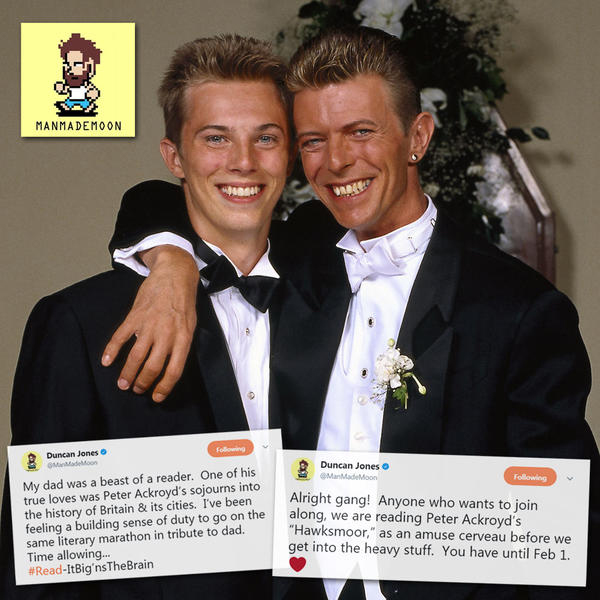