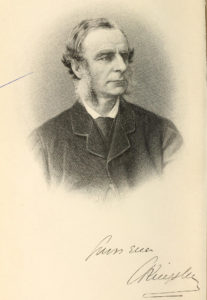 The cleric, historian and author Charles Kingsley was born on this day in 1819.

A fascinating man, Kingsley mixed with many great thinkers of his time and actively engaged in the key discussions and social debates triggered by the rise of scientific thinking in Victorian England.

“The most wonderful and the strongest things in the world, you know, are just the things which no one can see.” 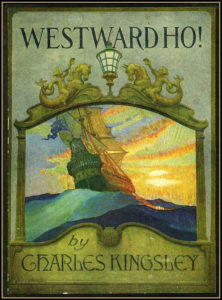 He started life quite conventionally as the son of a parson who went on to also minister in the Church. He was then Regius Professor of Modern History at Cambridge University. One of his most well known and popular books is “Westward Ho!” which is an historical novel. Those that have heard of the village of Westward Ho ! (and, yes, it is the only village in the UK with an exclamation mark in its name) may be surprised to learn that it was named after the book not the other way around !

Kingsley clearly realised the value and power of books and stories:

“Except a living man there is nothing more wonderful than a book! A message from the dead – from human souls we never saw, who lived, perhaps, thousands of miles away. And yet these, in those little sheets of paper, speak to us, arouse us, terrify us, comfort us, open their hearts to us as brothers.” 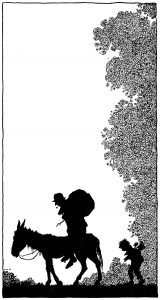 In 1859 he became chaplain-in-ordinary to Queen Victoria, and in 1861 private tutor to the Prince of Wales. He thus mixed in leading circles of society and was exposed to the great thinkers and reformers such as Darwin and Huxley. Indeed, he was ahead of his time adopting and accepting Darwin’s Origin of Species even though he was a clergyman. He did good work mainly as a public lecturer on sanitation, the pollution of rivers, and the degradation of cities. That of course included protesting the use of children to sweep chimneys. In Blakes poem “Songs of Innocence: The Chimney Sweeper” there is the following verse:

“And by came an Angel who had a bright key
And he open’d the coffins & set them all free.
Then down a green plain leaping laughing they run
And wash in a river and shine in the Sun.”

This inspired Kingsley and he went on to write “The Water Babies, A Fairy Tale for a Land Baby” which follows the incredible adventures of Tom, a child who is made to sweep chimneys, as he enters an imaginary underwater world.

In that world he meets many characters all of whom Kingsley casts to have a role educating Tom about the world – technically it is a didactic moral fable.

The principles he is promoting are never more obvious than in two of its key characters: Mrs DoAsYouWouldBeDoneBy and Mrs BeDoneByAsYouDid.

“For the lessons in that world, my child, have no such hard words in them as the lessons in this, and therefore the water-babies like them better than you like your lessons, and long to learn them more and more; and grown men cannot puzzle nor quarrel over their meaning, as they do here on land; for those lessons all rise clear and pure, like [the river] Test out of Overton Pool, out of the everlasting ground of all life and truth.” 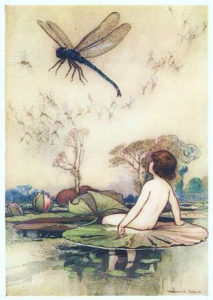 It was also, in part, written as a satire in support Darwin’s Theory of Evolution:

“In fact, the fairies had turned him into a water-baby. A water-baby? You never heard of a water-baby. Perhaps not. That is the very reason why this story was written.” … “But there are no such things as water-babies. How do you know that? Have you been there to see? And if you had been there to see, and had seen none, that would not prove that there were none. If Mr. Garth does not find a fox in Eversley Wood—as folks sometimes fear he never will—that does not prove that there are no such things as foxes. And as is Eversley Wood to all the woods in England, so are the waters we know to all the waters in the world. And no one has a right to say that no water-babies exist, till they have seen no water-babies existing; which is quite a different thing, mind, from not seeing water-babies; and a thing which nobody ever did, or perhaps ever will do.”

Kingsley also appears to have a wry sense of humour, concluding:

“This is all a fairy tale…and, therefore, you are not to believe a word of it, even if it is true.”

He was also a resourceful naturalist especially interested in two of the four elements, earth and water. As a naturalist, he urges people to pay attention to everything that is to be seen, heard, touched or tasted. Clearly water features in “The Water Babies”, but then the earth features in another great children’s book that he also wrote “Madam How & Lady Why – First lessons in earth lore for children”. This introduces children to geology through conversations about earthquakes, volcanoes, coral reefs, and so on. It encourages children to wonder and think about the distinctive features of the landscape around them and how they came to be the way they are, including fossils.

“Did not learned men, too, hold, till within the last twenty-five years, that a flying dragon was an impossible monster? And do we not now know that there are hundreds of them found fossil up and down the world? People call them Pterodactyles: but that is only because they are ashamed to call them flying dragons, after denying so long that flying dragons could exist.”

A key point is that alongside his understanding of the power of books and stories, his obvious sympathy with children enabled him to secure their interest. This reflects in the fact that “The Water Babies” has never been out of print, despite some of its contemporary, but now outdated, social attitudes. “Madam How and Lady Why” also continues to engage and educate children to this day.