Mad As A March Hare 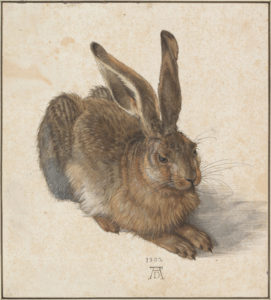 It’s the 1st of March and our thoughts turn to March Hares.

In the world of stories the most famous hare appears at the Mad Tea Party in “Alice’s Adventures in Wonderland” which was written by Lewis Carroll.  That wasn’t actually his real name; no, it was really Charles Lutwidge Dodgson. He, like a lot of authors, including recently even JK Rowling, used a pen name so that people wouldn’t be able to identify him. Indeed on Litrasaurus we ask people to create a username, which is effect a pen name, so that nobody knows who you really are, which we hope gives people more confidence to share their stories – just like Lewis Carroll when he started writing stories. 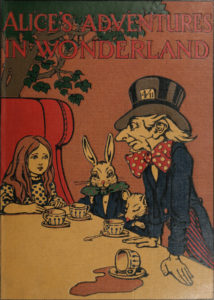 So why was a hare at a tea party ? Because it was mad of course !  To quote Lewis Carroll: “As this is May, it won’t be raving mad – at least not so mad as it was in March.”

The expression ‘mad as a March hare’ has been in use in England for centuries. The earliest mention of it goes back to around 1500 in the poem Blowbol’s Test “Thanne þey begyn to swere and to stare, And be as braynles as a Marshe hare.

There is then the phrase ‘hare brained’ (often mis-spelled as ‘hair brained’) which is also documented as far back as the sixteenth century.

What is it about hares in March ? Well, at the beginning of spring, in fact all through the breeding season, the jills (that being the term for a female hare) fend off the amorous advances of unsuitable jacks (that being the term for a male hare) by ‘boxing’ them. You can actually see the hares stand up on their hind legs and spar with their forelegs, just like boxers. During this time hares also frequently, and for no apparent reason, jump vertically into the air, and generally display abnormal behaviour.

So, there you have it; in March the hares go mad ! 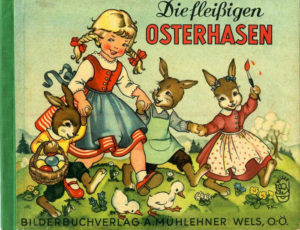 Hares are also closely associated with Easter. Traditionally it was in fact not the Easter ‘Bunny’ but rather the ‘Easter Hare’ because in the Christian Church the hare was associated with the resurrection. However, over time things have got confused so, at least in English speaking countries, the bunny rabbit has now taken the hare’s place. 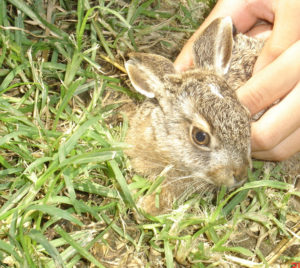 It’s not surprising given that in England hares are much rarer than rabbits. Technically it’s the Brown Hare we see in England living in open countryside. It uses its speed to escape predators (they are also able to jump a great height, for instance over hedges even backwards and sideways). Able to run at up to 45 mph they are the UK’s fastest land animal.  They are not, though, a native species and are thought to have been brought to Great Britain by the Romans.  Hares don’t burrow like rabbits but will dig a little hidden nest in long grass called a form. The leverets (baby hares) stay there while the mother goes to forage (rabbit kittens are born naked, blind and helpless, whereas leverets are born fully furred, sighted and quite independent from birth).

Hares are generally independent and solitary, but despite that there are four different collective nouns for hares in the English language: down, drove, flick, and husk !  So, now is the time of year where we start to see these usually solitary creatures come out to frolic madly, and the best thing is that this is another sign that spring is here at last ! 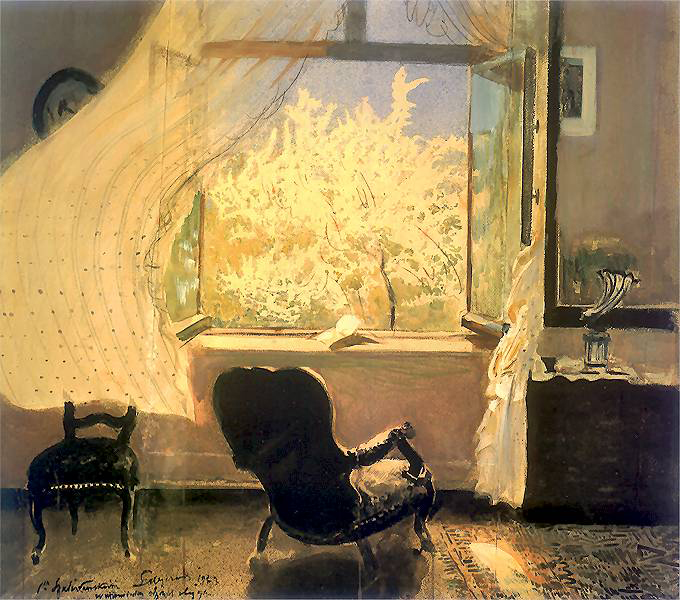