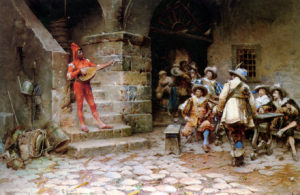 At a ceremony tonight in Stockholm Bob Dylan will formally be presented as this year’s laureate for the Nobel Prize for Literature – being famously shy he will not be there in person, but that in no way diminishes his achievement.

“I consider myself a poet first and a musician second. I live like a poet and I’ll die like a poet” he said.

Stories are told in many forms, indeed throughout human history minstrels have told stories in song. Many are surprised at this award, a musician wining the Nobel Prize for Literature, but perhaps it is more curious, though, how over the last century or so what has achieved the highest, formal, attention is predominantly classical music and highbrow literature.

Popular music has been just that, popular, but not formally acknowledged. One may argue, of course, that more recently the most popular music has generated huge sums of money for the artists so maybe they are not so concerned about formal recognition. That is, though, to perhaps miss the purpose of vast swathes of music, which is not to be recognised or rewarded per se, but, more importantly to express something important, be that a message or just a feeling. 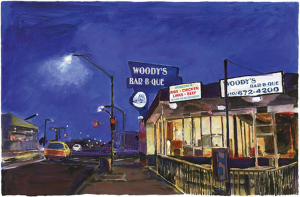 It is also curious that so often a particular story or song’s value is not in what the writer expresses but rather in what the reader, or listener feels.

Dylan himself acknowledges this saying, in declining to remark on the meanings of his songs: “I’ll let other people decide what they are”.

The citation for his award, though, makes it clear what the Nobel Committee thought: “for having created new poetic expressions within the great American song tradition”.

In giving this award the committee clearly acknowledge the power of popular music in modern culture. 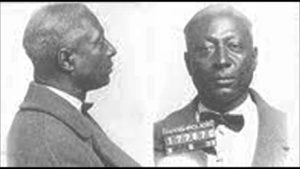 The American song tradition was perhaps at its strongest in the 1960’s and 1970’s when Dylan was at his height; his songs literally anthems for swathes of people who wanted expression for political or other feelings as society went through such massive change and turmoil. This, as Dylan himself readily acknowledges, was built on the tradition of American song with the likes of Lead Belly and Woodie Guthrie in the 20’s, 30’s, and 40’s, which were similar ages of turmoil.

Huge swathes of modern popular music are, probably, mostly for entertainment, but the lyrics, the story by another name, is just as important for so many song writers and their audiences. Stories give expression to the whole range of human feeling and experience, and once shared (in whatever form; told, or read as a book or poem, or performed as a song) they connect us in powerful ways. 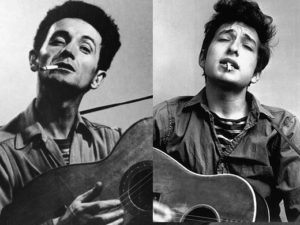 It may be as major as the political impact of Dylan’s songs during the Vietnam War or it may be as simple, but no less important, as the comfort of knowing someone else feels the same as you, or has been in the same situation and thus you are not alone.

So it is hardly surprising that musicians, and songwriters, understand the power of stories and reading.

One musician that not only really understands the power of stories and books, but also takes it on to help others is Dolly Parton. Raised in the hills of East Tennessee she had a dream and made it come true. Having done that she wanted to help other children have their dreams come true. Dolly’s vision was to foster a love of reading among her county’s preschool children and their families by providing them with the gift of a specially selected book each month.

By mailing high quality, age-appropriate books directly to their homes, she wanted children to be excited about books and to feel the magic that books can create. Moreover, she could insure that every child would have books, regardless of their family’s income. Having extended to many other countries her Imagination Library has now distributed over 80 million books to children !

Stories are a joy and can achieve so much, be they in a book, or a poem, or a song.

So, on this night where the Nobel Prize usually highlights formal literature, it is wonderful that today it is recognising and acknowledging the value of stories in song.