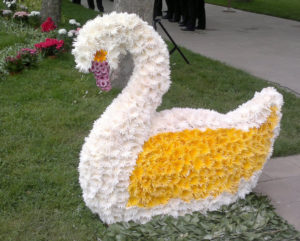 It is Hans Christian Andersen’s birthday today (2nd April).   He wrote and published many, many stories, and one of the most famous is “The Ugly Duckling”.

I think most of us know that story; of how a chick hatches from a clutch of duck’s eggs but then end ups going from place to place, repeatedly being driven away and mocked for his appearance.  Then, seeing a flight of swans dreams that he could be like them, but feels that is just impossible.  Finally having suffered a bitter and lonely winter, in desperation, he simply hurls himself at the swans only to find himself being accepted because, unbeknown to him, he has in fact matured into a beautiful swan.

This is a story that Andersen wrote entirely himself and it owes no debt to fairy tales or folklore.  Indeed, he later confessed that the story was “a reflection of my own life”. 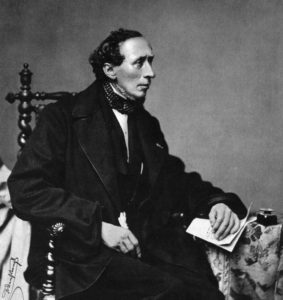 When the critic Georg Brandes questioned Andersen about whether he would write his autobiography, the poet claimed that it had already been written — “The Ugly Duckling”.

The whole story is an encouragement to people to not give up on dreams, and to help them realise that sometimes the path to something good is not always easy.  There is also the message that however and wherever one starts out there is always the opportunity to develop and grow into something else.

It is a story that encourages self-confidence.

It is particularly relevant when it comes to people writing stories.  Maybe that is why it was written by such a great story teller as Hans Christian Andersen.  What we find is that people don’t seem to have the confidence to write their own stories.   Yet, if even somebody as great as Andersen had such tribulations getting to be a writer, then just imagine how many other great writers we are missing out on because they do not make it to be swans – not carrying on despite discouragement or even not trying at all. 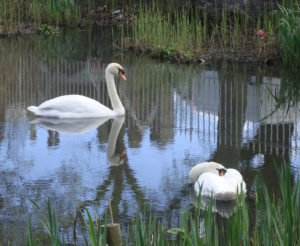 At Litrasaurus anyone can share a story or poem.  Because everybody has a pen name, nobody knows who the author is – it could even be the next Hans Christian Andersen.  Also we do not have any comments or likes meaning that each story stands on its own completely unassailed.

Our mission at Litrasaurus is to encourage children’s imagination and creativity by the reading, writing, and sharing of stories and poems.  We want the young, and  the young at heart to be inspired by the written word and then write their own tales.