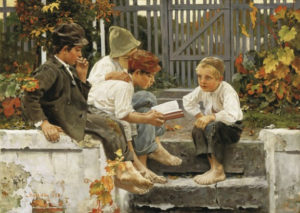 This year marked the 135th anniversary of the birth of A.A. Milne, the creator of Winnie-the-Pooh. This enigmatic, and slightly dishevelled, bear still holds a treasured place at the heart of the nation’s psyche. Indeed, recent research by Disney, commissioned to mark the anniversary, showed that two thirds of those surveyed believe that he gave them valuable advice that they still remember today.

Jane Riordan is a publisher and author who has been lucky enough to write some new stories for Winnie-the-Pooh. On this anniversary she reflected on what we as parents should take from these timeless, classic stories.

“There is something about the simplicity of life in those stories, where Christopher Robin and his toys spend a whole day hunting for the North Pole, that we as adults can never experience.” 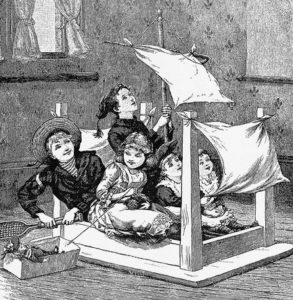 “We are always rushing from one thing to another, and there’s a trend now for parents being scared that their children will get bored. We spend too much time over-organising our children, protecting them and ushering them from one club to another, but actually it’s in those in-between moments that children really develop and explore their imaginations.”

“Milne’s message is that children play best and form the strongest friendships when they are just left to be and do nothing much – when they get a bit bored is when their imaginations run wild.”

Developing imagination in our children is so important – J.K. Rowling put it very well:

“We do not need magic to change the world, we carry all the power we need inside ourselves already: we have the power to imagine better.”

This was taken from her speech to the Harvard Graduation Class of 2008 where she focused on the power and potential of imagination and empathy. 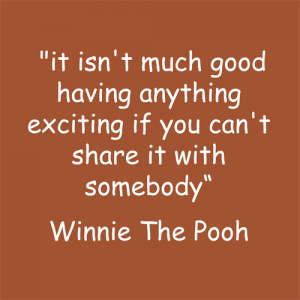 There is such potential and power when sharing an idea or a thought or an emotion or a dream, at the heart of which is both our ability to imagine ourselves in someone else’s position, and our ability to imagine something that does not yet exist. We need to ensure all children develop those abilities, and what better way than by reading, writing and sharing stories.

Which brings us back to Winnie-the-Pooh. Do you know which piece of his advice in particular people remembered ? “It isn’t much good having anything exciting if you can’t share it with somebody!” Litrasaurus could not agree more …

Genuinely, the act of sharing is so important, not just in terms of developing friendships as children as the Disney study showed, but also for almost any kind of development, in any arena, at any stage of life. In the context of the modern world sharing has to some degree become institutionalised with ‘share buttons’ on everything nowadays. This sharing, of course, ranges from the trivial and shallow to the deep and meaningful, and, belying its ease, clearly has raw power as demonstrated when things ‘go viral’. 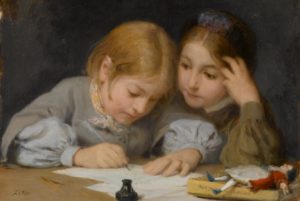