Writing Stories is just like Daydreaming … and it’s good for you ! 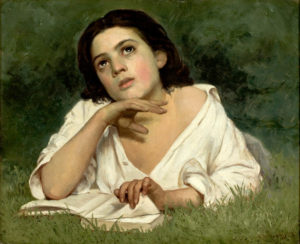 The recent anniversary of Edgar Allen Poe’s death brings to mind this great quote of his: “They who dream by day are cognizant of many things which escape those who dream only by night”.

Daydreaming is a much maligned activity, however people are starting to re-assess its value. Not least because childhood today is so very different from childhood in previous generations (e.g. technology, phones, screens, games, etc.). This constant bombardment of stimuli is overwhelming – not least most of the content is fully formed in terms of content (all elements are predetermined: words, images, sounds, etc.).

Just compare that to reading a story or poem where your mind has to take the words and make something of them, using your imagination to visualise for yourself the characters and scenes. Daydreaming goes a stage further … there is no stimulus at all ! It is just your own mind that fills the space with thoughts, and ideas.

Boredom is also good ! Not least we should be teaching our children just how to be. Silence and lack of stimulus is a good thing per se. It makes children imaginative and creative, which is exactly what we should be developing in them for the future.Now nobody is saying that they should not learn, and should not become proficient at using technology and media, it’s just that they don’t need constant stimulus and engagement; in fact it could be bad for them. All this pressure is actually having a negative effect on our children … and it is, surprise, surprise, all tied in to creative writing. 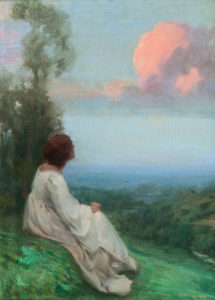 It is also interesting to note what freedom daydreaming gives children. I read a great comment to that effect recently: “Viewed from the inside, our children are exploring the only space where they truly have autonomy: their own minds”. Now that does not just refer to self-development, it also has a vital role in children coming to terms with difficult or challenging situations (of which there are still too many in today’s world) whereby they actually daydream to escape or find a safe place.

Recently when researchers [1] sought to find ways to alleviate the anxiety caused by high-stakes testing, they found that simply giving students a few minutes to think about and write down their thoughts on the test significantly increased test scores, particularly for students for whom test anxiety had become a habit. In the researchers’ words: “Expressive writing eliminates the relation commonly seen between test anxiety and poor test performance. Moreover, it is not any writing that benefits performance, but expressing worries about an upcoming high-pressure situation that accounts for enhanced exam scores under pressure.”

This is nothing new in a 1907 paper, Sigmund Freud wrote glowingly about the human obsession with fantasy: “Might we not say that every child at play behaves like a creative writer, in that he creates a world of his own, or, rather, rearranges the things of his world in a new way which pleases him?”

So, you see creating a story is really just day dreaming then writing it down. That is exactly what Litrasaurus is trying to encourage in children.

Never mind children, we should all be doing it, if only to encourage children … so come on start daydreaming … then write a story and send it to Litrasaurus !