Libraries are essential for our children and our future

The great philanthropists of the early 20th Century invested heavily in libraries (Carnegie alone built a total of 2,509 libraries around the world between1883 and 1929). This was not an idle whim, but rather a clear vision of exactly how important reading is to children’s development, as well as with the recognition of the overall benefit to society and communities of having such a resource.

Historically, for instance the Athenaeum, a “library” was not just a repository of knowledge but also a vibrant centre of learning and community. Then in modern western society libraries retreated into a narrower role, becoming just a repository for books and an access point for knowledge. Now the arrival of computers and the internet appears to have allowed society to start thinking that libraries are no longer so important. Anything we could possibly want in terms of knowledge or books is readily available via the Internet. Computers and smartphones do make a seductive trap which is easy to fall into, indeed, many libraries themselves started moving towards becoming a combined information access centre and computer lab. “We began to confuse technology with substantive content. Much like other innovations over the millennia — from papyrus scrolls to the printing press — modern technology systems are merely another form of conveying media. Each innovation has revolutionized how humans interact with one another, but they are never more than a means to an end; a new way of expressing information between humans. In testing out the possibilities of the digital, the pendulum swung too far the other way.” Sasaki.

So it is a dark time for libraries, not least as they are seen as such an easy target for public sector cost cutting meaning so many are closing – in the UK alone over the past six years 8,000 library staff have been lost and 343 libraries have closed. 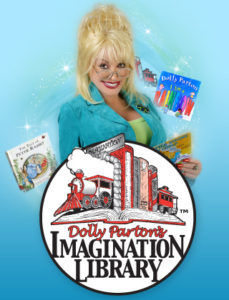 Yet, at this very moment, when traditional libraries are under their most existential threat, there is a flowering of innovation around what a library is, or could be.

Take just one example – Dolly Parton. Here is a modern day Carnegie. With her Imagination Library project she is bringing reading to pre-school children all over the world. One of the most critical roles for a library is surely to bring the joy of reading to the young.

Another example is Little Libraries. Just like the Internet has led to the sprouting of millions of micro-businesses, the micro-library has sprung into existence. In this case Todd Bol and Rick Brooks had the idea to promote literacy and bring communities together by putting up mini libraries in neighbourhoods around the world. Started in 2009, it’s a not-for-profit that seeks to place these small, accessible book exchange boxes right in front of a house or on a street corner (take a book, return a book … and it doesn’t have to be the same book so the “collection” is constantly changing). 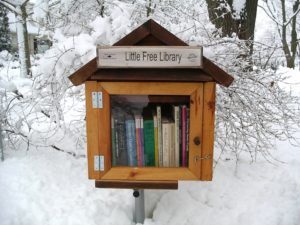 So many children around the world do not have access to books and reading, so all these various initiatives are just great, and to be encouraged, but these are replacements – what of the public library itself ?

Firstly, we as a society have to fight to retain our public libraries. There are any number of campaigns and petitions constantly underway and we must get involved in as many as we can.

Secondly, the public library itself is changing, in fact morphing back to its roots in the Athenaeum. At every level people are thinking again about what their local library could be and what role it could take in the community. We need to encourage administrations everywhere to look again and reconsider the role and funding of libraries.

“So how do we measure the benefit of a good local library in the community; number of books borrowed, footfall through the door, demand for top titles, membership numbers? If each town had a happiness rating there can be no doubt that a well stocked and curated library, with friendly, knowledgable and approachable staff, that’s open when people want to visit would take any town to the top of the league table.” This blog by The Word’s Shortlist, giving ten ways that a local library could enhance itself, is just one example of how individuals are contributing to the debate and thereby the future of their own public libraries.

As with anything we need role models as well, and what finer one than the Martin Luther King Jr. Memorial Library in Washington DC. This is a library that is being completely re-invigorated and re-imagined. The fact that the city itself is leading the way is also a great sign. The library is the central facility of the District of Columbia Public Library and has always been at the leading edge – not least it was designed by the great 20th Century architect Mies van der Rohe. Reading the vision that the library now has gives great hope incorporating as it does many forms of engagement and community participation whilst keeping sacred its vital function as a repository of books as well as an encourager and enabler of reading.

It is vital that we support our existing public libraries as well as embrace all these new forms. Bringing the joy of reading to all children irrespective of location or situation is an essential part of remaining a civilised society.