Saving Libraries is a Marathon not a Sprint

There was great news this week …

These libraries were saved by additional funds being made available for social care by Central Government meaning that the Council had to make fewer cuts elsewhere to pay for social care in Liverpool, one of which was library closures.  So a lucky escape … again !

In reading the story I was struck by the fact that exactly the same eleven libraries were threatened three years ago in 2014.  That time they were saved by the actions of the public, prominent authors and others.

How long before these same eleven libraries are under threat again ?

How many other libraries across the UK have not been so lucky ?

One of the greatest threats to children’s literacy and reading skills is the continuing onslaught of public library cut backs and closures.  Volunteers and communities have, though, become active, firstly to protect these precious, irreplaceable assets, and secondly helping to run them so reducing the financial burden on local councils, thereby enabling the lucky ones to survive.

Saving and maintaining libraries is a critical struggle that is ongoing and is not getting any easier, but it is vital. 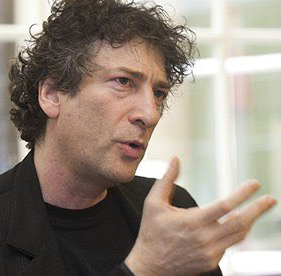 Neil Gaiman put it very succinctly: “Libraries really are the gates to the future. So it is unfortunate that, round the world, we observe local authorities seizing the opportunity to close libraries as an easy way to save money, without realising that they are stealing from the future to pay for today. They are closing the gates that should be open.”

In straightened time society does have to cut its cloth, but it is a false economy to not educate our children and not allow their imagination and creativity to develop, because it is precisely that upon which the very future of our country  depends.  Irrespective of the increasing constrained nature of schools, formal education is simply not enough … many, many children in our society today, and indeed their parents as well, need the resources and inspiration that a library can provide not just to help them develop and reach their full potential, but also to help their emotional and personal development.  There is so much more to gain from books than just facts and knowledge, or even just entertainment, such as understanding and empathy. 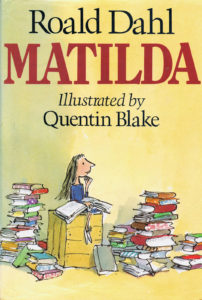 Roald Dahl puts it so much better …

““So Matilda’s strong young mind continued to grow, nurtured by the voices of all those authors who had sent their books out into the world like ships on the sea. These books gave Matilda a hopeful and comforting message: You are not alone.”

“The books transported her into new worlds and introduced her to amazing people who lived exciting lives. She went on olden-day sailing ships with Joseph Conrad. She went to Africa with Ernest Hemingway and to India with Rudyard Kipling. She travelled all over the world while sitting in her little room in an English village.” 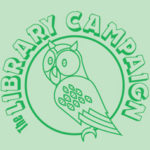 There are many local campaigns and organisations set up to save or support libraries; too many to list here.  However if you want to find out more a good place to start is The Library Campaign which you can find here.

Should you need any further insight into the importance of libraries, or indeed to be inspired, just read some more about Neil Gaiman’s 2013 Reading Agency annual lecture on the future of reading and libraries here: