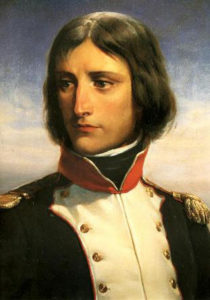 Napoleon once said “Imagination rules the world”. Many people only know this part of the quote, but he actually went on to say “The defect of our modern institutions is that they do not speak to the imagination. By that alone can man be governed; without it he is but a brute.” Some may find that quite prescient today!

Literally nothing can change or be invented or created that has not first been imagined … just think about that.

You see that is exactly it … everything starts as a thought !

That is why it is so critical that children’s imagination (and creativity) is developed by ALL the adults they interact with; not just their parents and family but also, as Napoleon put it, the “modern institutions” such as schools.

Unfortunately, just being “modern” is not always a good thing. “Modern” parenting, in practice, now all too often involves providing ones children with a whole host of devices and experiences, alongside “modern” schooling involving hours of screen based activity. Previously children have been left to their own devices a lot more; to read, to explore, and to get bored …. there is nothing quite like a bit of boredom to stimulate a child’s imagination ! 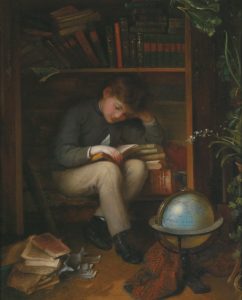 You see, for instance, the function of reading a story is so much more complex, and develops so much more of the young brain, than just sitting in front of a video or interactive display. The process of reading words, taking them and, yes, imagining what is going on is so much more powerful and active than passively receiving fully formed images and sound from a screen.

The great thing is that this is something anybody and everybody can help with. At its simplest you just need to encourage a child to read … maybe start by reading to them, or with them, to get them going. As they gain in confidence and read for themselves more and more, you can then guide and encourage them to create and write their own stories.

Imagination and creativity is a great legacy to give our children, and the thing is that it is really so easy to do, once you know how.