Put Yourself In Their Shoes 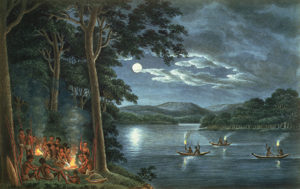 Stories have been an essential part of human life longer than recorded time. In the days before books stories were told around the fire and were not just entertainment but education. As time went on oral history become books in libraries, and entertainment became cinema then television and now streaming. Alongside that children were corralled into classrooms and curricula were ever tighter defined to suit the needs of modern industrialised society.

A key factor of modern childhood is that the nature of what and how children receive information has been revolutionised, most dramatically in just the last few years. Quite literally the mechanics, both external and internal, have changed beyond recognition. We have drifted a long way from the fireside but the importance of stories has not waned. 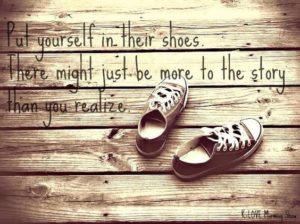 The risk is that in moving away from behaviour developed over generations and millennia of human development we lose capabilities – in effect we don’t actually evolve we regress.

One of the critical things human beings gain from stories is empathy.

There is a great old expression “to understand someone you first have to walk a mile in their shoes”. That gets right to the heart of empathy, quite literally the ability to imagine being another person and, in effect, experiencing what they do. Indeed, new research from Vanderbilt University indicates the way our brain handles how we move through space—including being able to imagine literally stepping into someone else’s shoes—may be related to how and why we experience empathy toward others.

“Our language is full of spatial metaphors, particularly when we attempt to explain or understand how other people think or feel. We often talk about putting ourselves in others’ shoes, seeing something from someone else’s point of view, or figuratively looking over someone’s shoulder,” Sohee Park, report co-author and professor of psychology, said. 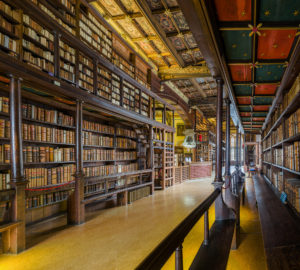 The human brain really has a fantastic ability, if developed properly, to use imagination to generate empathy, but it is essential that it is not lost in the rush to electronic education. For instance in a recent YouGov opinion poll commissioned by Amnesty International UK, parents were asked to select the pastime from a list of activities that they thought developed their child’s empathy the most – more than half of 964 parents polled (53%) thought reading a book helped their children put themselves in someone else’s shoes, with just 12% saying TV and just 3% believing playing a computer game was the best way to develop empathy.

The act of taking words, either spoken or read, and then using imagination to visualise oneself in that situation is incredibly powerful – we must not lose it.

Reading and telling stories to children is vital, then letting them go on to read and explore stories for themselves – and that is why access to libraries is so important even in these digital times. 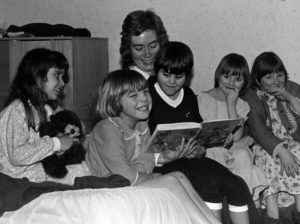 Curiously this human function of empathy also works in two directions, namely that encouraging children (particularly those who are or have been in difficult circumstances) to write their own stories really helps them make sense of and come to terms with their own lives, as well as eliciting empathy and support from the readers.

Stories, both reading and writing, as well as libraries are so essential for the development of human beings we really must do all we can to encourage and protect them.

The Vanderbild study mentioned above can be found here:
https://news.vanderbilt.edu/2009/06/23/ability-to-literally-imagine-oneself-in-anothers-shoes-may-be-tied-to-empathy-83132/