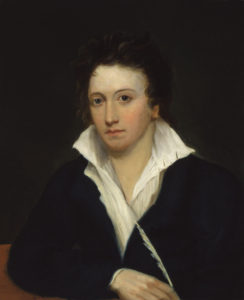 Empathy is a relatively modern concept, indeed it had not even been ‘invented’ as a concept when Shelley wrote this great statement effectively defining it:

“A man, to be greatly good, must imagine intensely and comprehensively; he must put himself in the place of another and of many others; the pains and pleasures of his species must become his own”

The term “Empathy” was first used in the English language in 1895 as a translation of the German “Einfühlung” (aesthetic sympathy), which was coined by Robert Vischer in 1873 (there are, though, earlier uses in German of the word “Empathie” borrowed from the French).

It is particularly interesting to note that the idea of empathy was actually popularised by a writer of supernatural and historical fiction, Vernon Lee (real name Violet Paget). Like all language it evolved and the current simpler meaning of the ability to understand and appreciate another person’s feelings did not emerge until the 1940s. 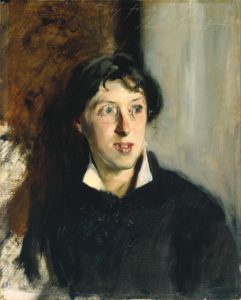 However, the curious thing is that a little over 100 years after empathy was introduced as a concept it actually starts to reduce. A study published in 2011 suggests that empathy is, in fact, declining sharply. The results, based on a survey of nearly 14,000 students, show that the average level of ’empathic concern,’ declined by 48 per cent between 1979 and 2009. There was a particularly steep decline between 2000 and 2009.).

The authors of this study suggest that the decline might be due to the rise in narcissism among young people, the growing prevalence of personal technology and media use in everyday life, a shrinking family size (having several siblings may teach empathy), and stronger pressures on young people to succeed academically and professionally.

Litrasaurus would also suggest that this great empathy deficit could, perhaps, be solved if children (and indeed adults) read more.